I'm back home from the National Stationery Show, which was simultaneously one of the most of exhausting and one of the greatest things I have ever done. It was amazing to meet so many people who do what I do, and make real-life friends with people I have been talking to online for so long. I'm already planning new ideas for next year's Stationery Show. 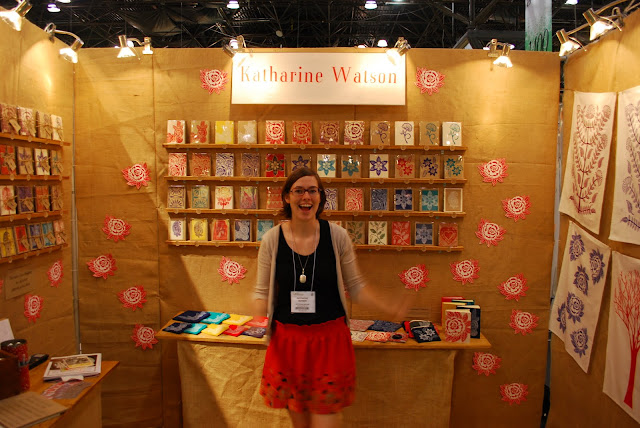 I had heard that the last few minutes of the show could be the busiest as buyers rushed around to place last-minute orders, but almost no one came through on the last morning. People were watching their clocks as the last few seconds ticked down, and at 12:00 exactly, the whole hall erupted as people started rushing to pack up their booths and get out. My booth took twelve hours to install and less than an hour to tear down, as we rushed to beat the crowd and make it to a Thai restaurant for a huge lunch and celebratory beers. We did take a few minutes pre-tear down to take some final pictures of the booth though, including the picture above where I appear to have only one arm. 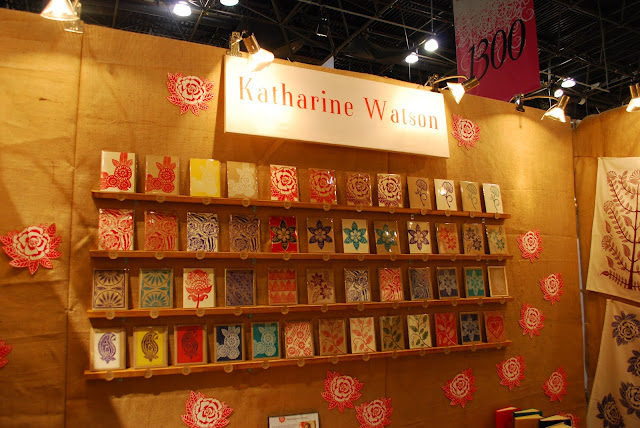 It was bittersweet to end the show; on one hand I was exhausted from the long days and months of preparation and so ready to have a day to relax, but it was sad to take down the booth and say goodbye to everyone I had met during the show. 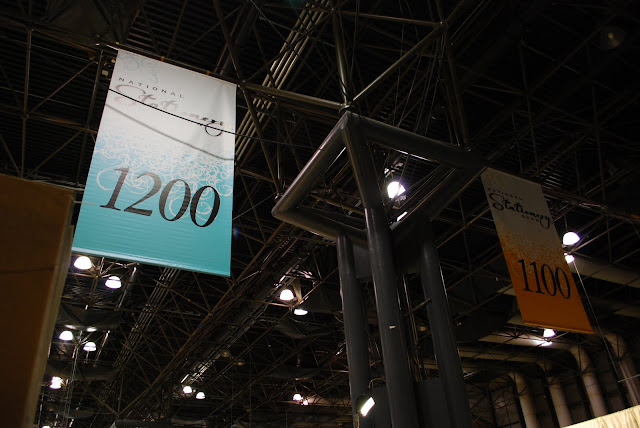 We were in the fantastic row 1200. I got out of the booth a few times to meet people and take walks, but after seeing post-show write-ups on other blogs, I am realizing just how many great booths I missed. It was hard to see everything because I didn't want to leave the booth for too long and miss people coming by, so I'll just have to discover all those amazing vendors online. 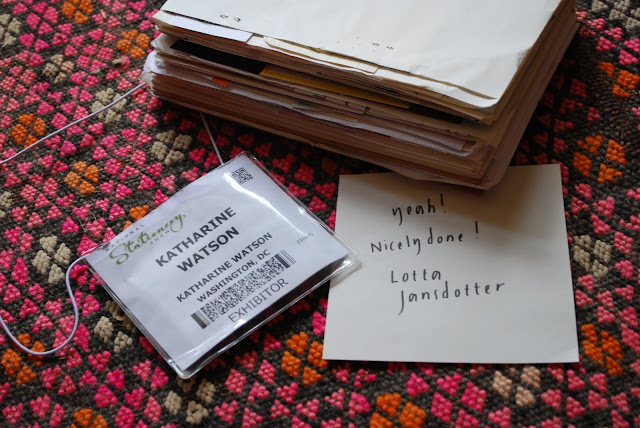 And now I'm home, with a huge notebook of new contacts and follow up emails to write (and my note from Lotta Jansdotter, which I'm going to hang in my studio), orders to work on and packages to ship. I took the whole day off yesterday to recover, and now it's back to work. See you at the 2012 Stationery Show!

Plus: for some great round-ups of the Stationery Show, check here, here and here.
< Previous Post