I went over to the Torpedo Factory yesterday to work on some tea towels for Arts on Foot, which is coming up in two weeks. I print my cards and coin purses in my studio by hand, but for a large quantity of big pieces, it is much easier to just crank them out on the press. I took a few pictures of the process so you can see how they are made. 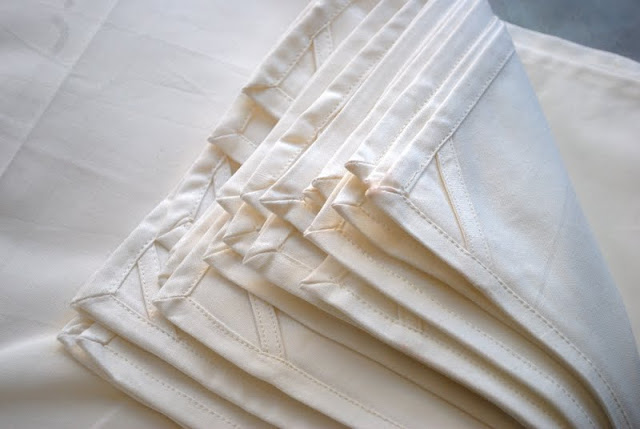 I start by ironing all the towels so there are no creases, otherwise the print won't go on smoothly. 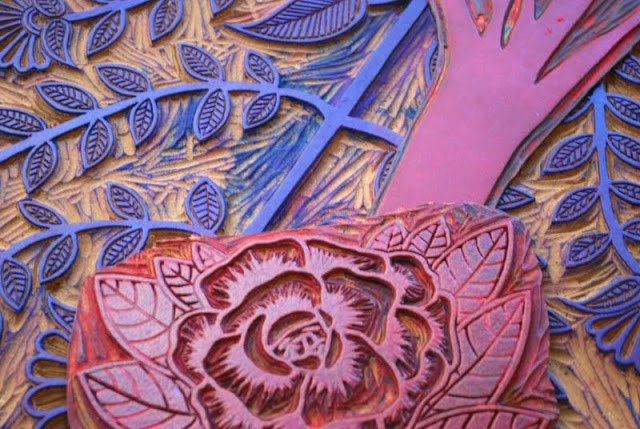 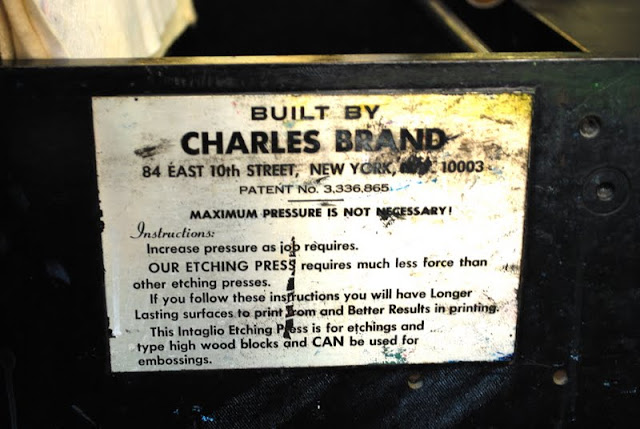 I use a rented etching press to make the prints. I would love to have one of my own, and recently saw an ad for one that was in my price range, but getting a five-ton press into my sixth floor apartment would be a huge challenge. Plus, it would take up the remaining five square feet that isn't already filled with prints, so I'll wait until a more appropriate time to buy. 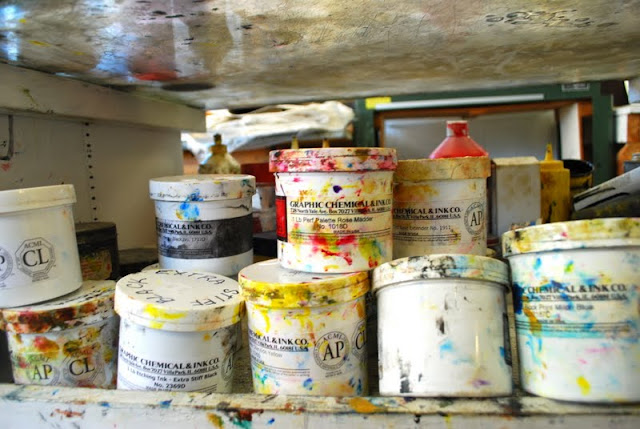 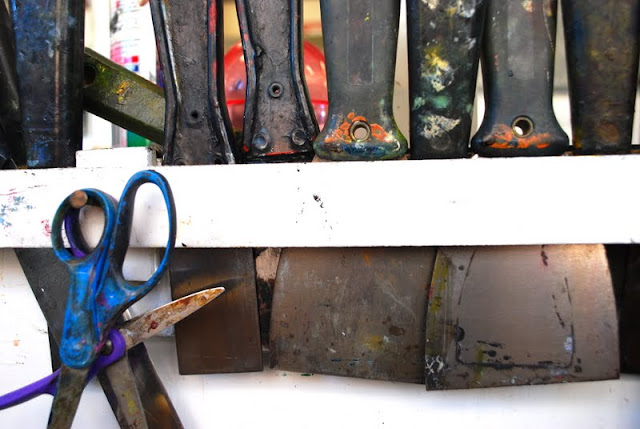 When I'm working at home I use Speedball brand inks because they are easy to work with and relatively odorless. On the press though, I use Graphic Chemical inks which are much thicker and messier but have much richer colors. They also smell really strong and you will get a headache after working with them for a few hours in an unventilated space. The results are great, but if you are working at home I would suggest using something else, your lungs will thank you. 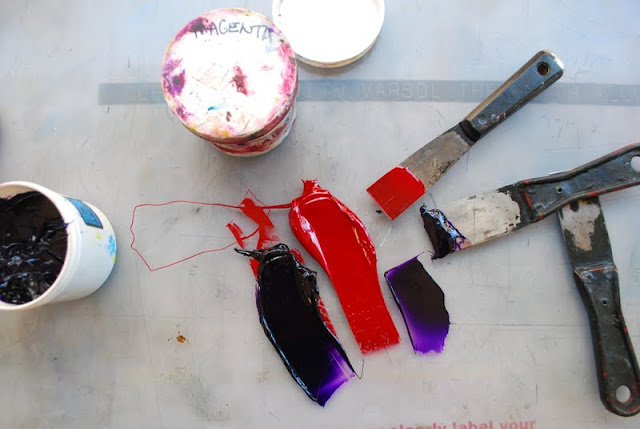 Mixing the right shades of magenta: 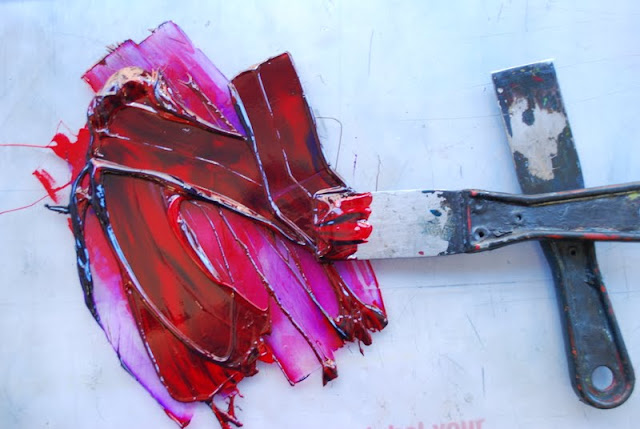 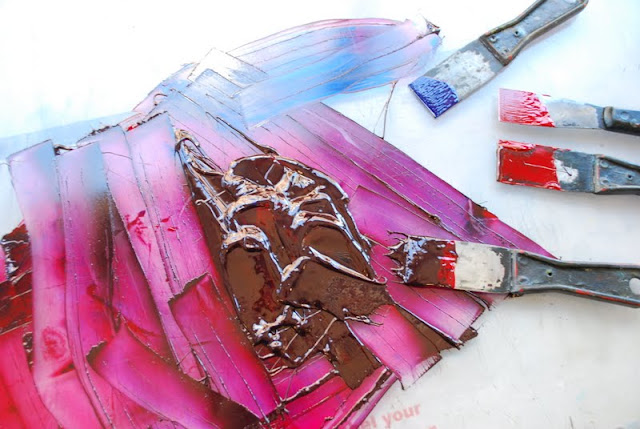 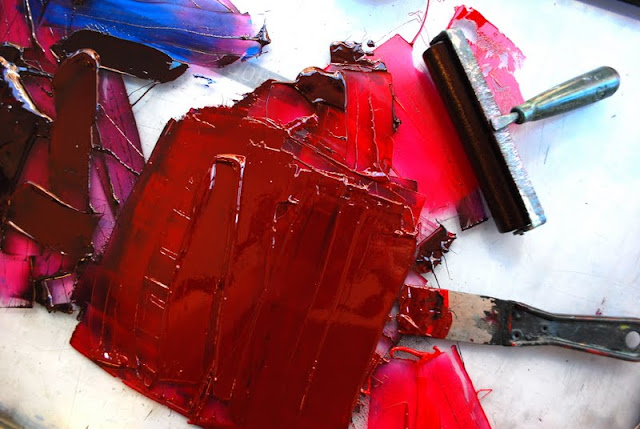 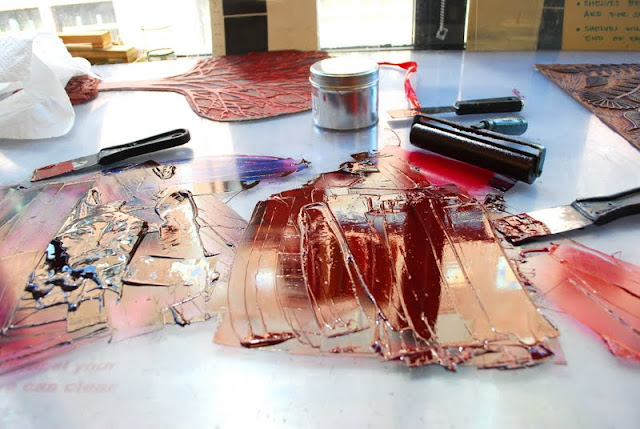 The presses are covered in "felts," which are several layers of felt in varying thicknesses. This pads the block while it's going through the press, and you need a layer of paper between the block and the felt to stop the ink from transferring everywhere. The paper gets this fuzzy multiple-exposure print on it after a few runs. 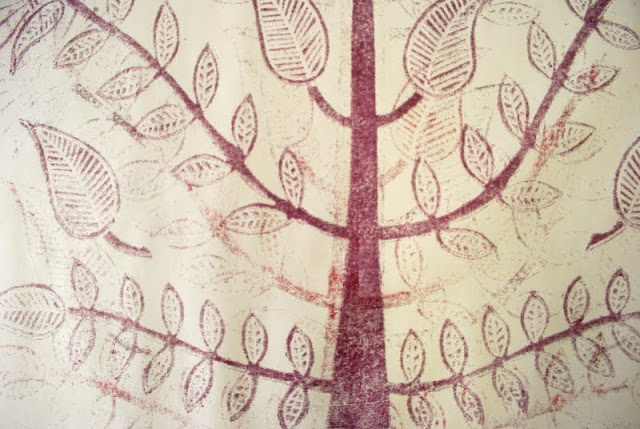 Laying the block down on the tea towel: 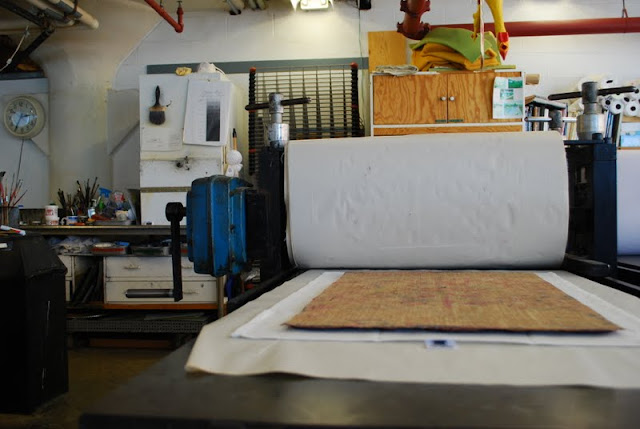 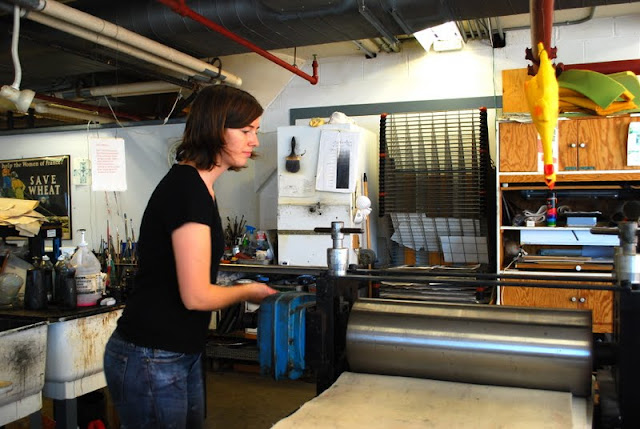 And a finished tea towel, fresh off the press! 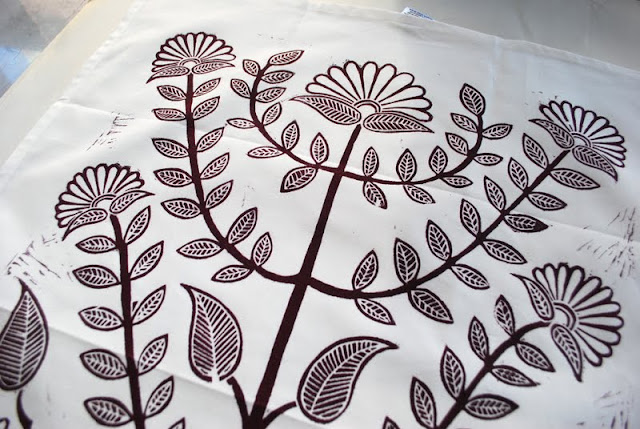 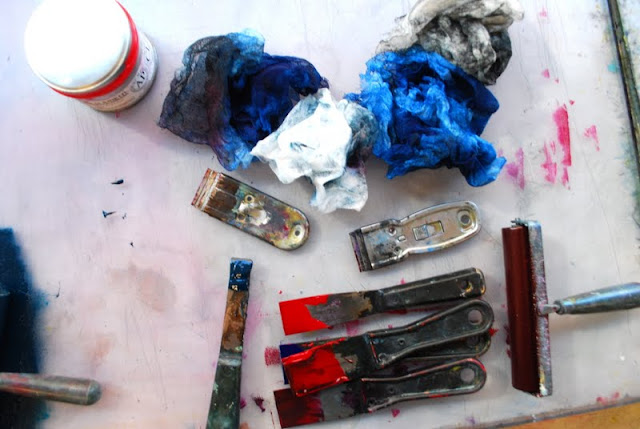 Clean-up is a lot messier with these inks, and you use a special razor blade to get all the ink off the glass. It is one of the most satisfying things in the world.

And that is how the tea towels are made! Much more complicated than printing by hand, but much faster when you are working on large pieces.
< Previous Post