Cold, but a Success!

Thanks to everyone who came out to Crafty Bastards on Saturday! The weather was awful, rainy and definitely the coldest day of the year so far, but I was so surprised and excited to see the crowds that came out despite the weather. I think Joe and I went through about ten cups of coffee/tea/hot chocolate, just to keep our hands warm, but the booth was so busy I barely had time to focus on shivering. 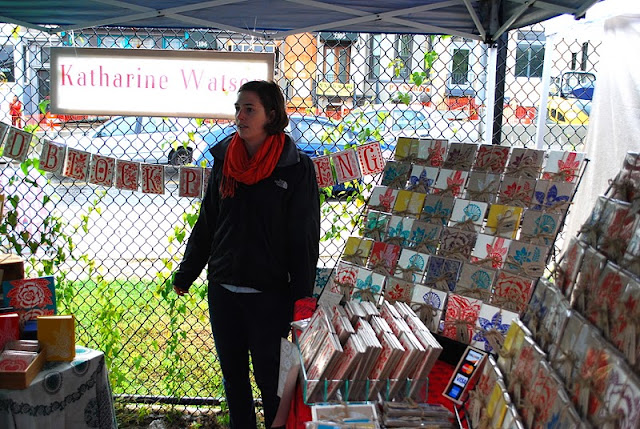 It was great to meet so many blog readers at the show! Thanks to everyone who came by to say hi, it's so nice to meet people in person and not just through the internet.

My favorite part of the day was the sale bin: I had a few items that have been sitting around for the last few months that were either slightly damaged (prints with big mistakes just go in the trash) or hadn't sold, so I decided to put them on sale. That, and dropping a handful of pieces into a puddle as we were loading in meant that I had a nice little box full of "factory seconds." Instead of pricing them, I put a "Name Your Price" sign on the box and people could offer any amount they felt was reasonable. Nobody touched the box for the first few hours, and people said they were afraid to make an offer, but eventually people got into it and it was really fun to have people buy something for what they thought it was worth. The entire box was sold by the early afternoon, and for pretty similar prices to what I would have labeled anyway! 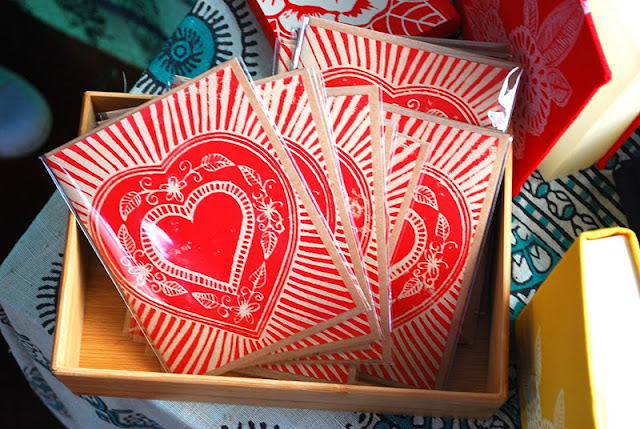 From reading the vendor list, I know there were a ton of great vendors at the show, but I barely had time to see anyone (I didn't leave the booth except to run for more hot drinks).

Nole at Oh So Beautiful Paper rounded up a few of her favorites from the day here, and it looks like there was some amazing stuff (and I'm so happy to be on there too!)

Another article to read: I did an interview with NBC Washington last week (!) about participating in Crafty Bastards, and it's online now right here.

Today I am cuddled up on the couch with more hot drinks, a blanket and a Netflix queue, trying to get rid of the cold I got from standing outside all day Saturday. It's a good excuse to catch up on some reality TV, though. 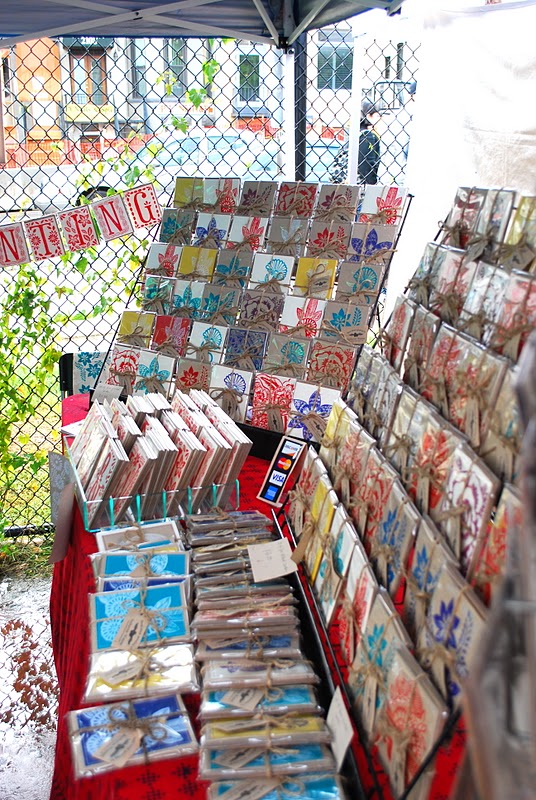 Also, it's not too late to vote for your favorite vendor from the show (even if you weren't there!), just click the icon below to cast your vote. You have until Saturday, October 8th to vote.

Thanks again to everyone who made the day a huge success and came out despite the weather, I had an amazing time!
< Previous Post