The Tree is Lit! 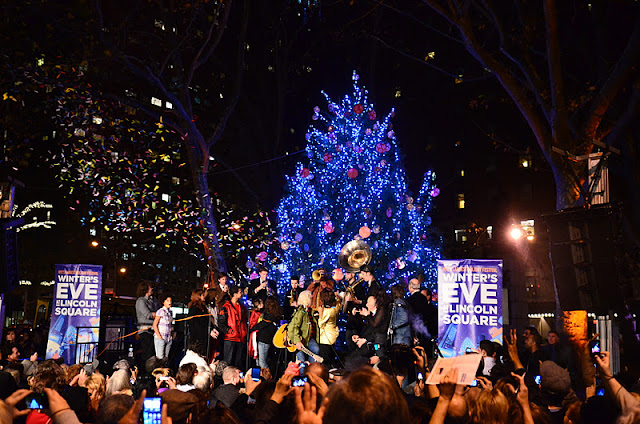 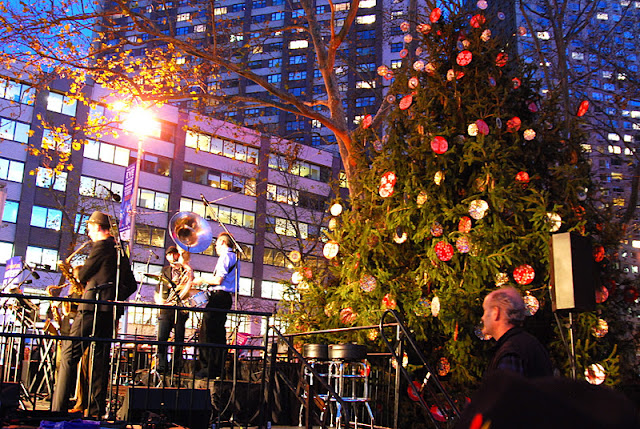 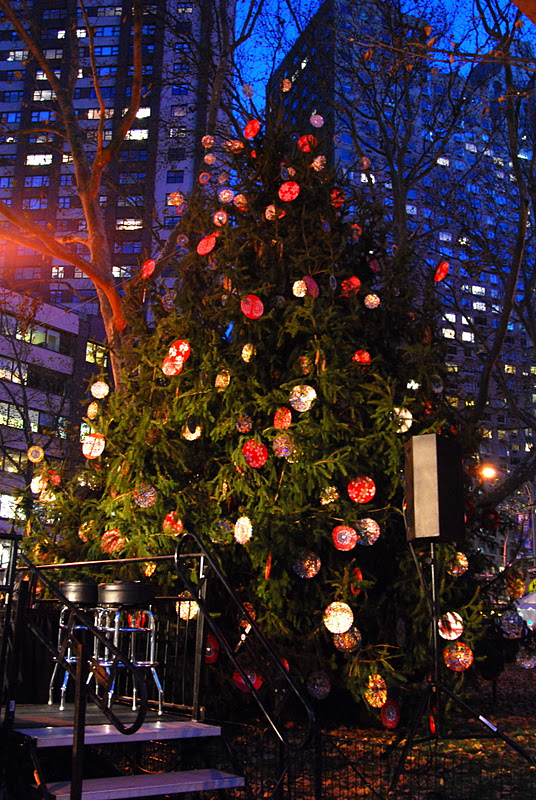 Winter's Eve was a huge success, there was a crowd in the five-figures, 60s-nostalgia as Arlo Guthrie performed with his entire extended family on stage, and huge cheers as the tree was finally lit. The bright red ornaments could be seen for blocks and blocks, and I used them to find the tree when we first arrived. 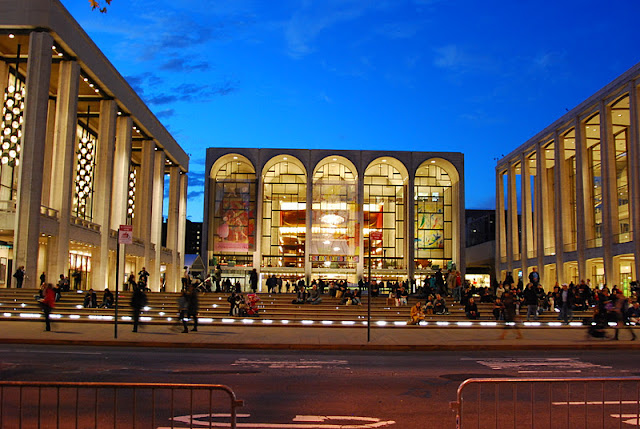 I was skeptical at first about the number of people that would come to the event, since I had never been to a New York tree lighting, but the crowds proved me wrong. It was a fantastic night, and so many family and friends came for support, which I am so thankful for. 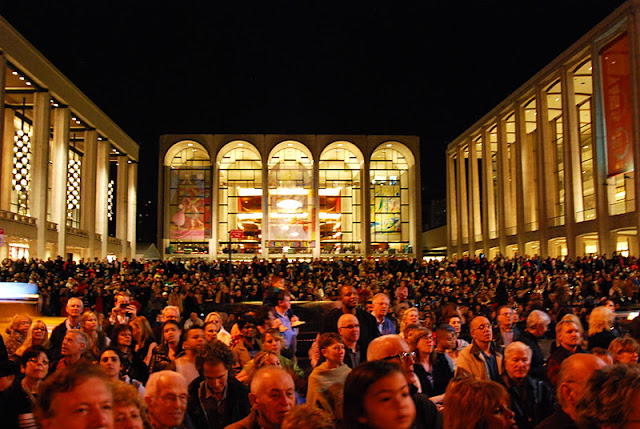 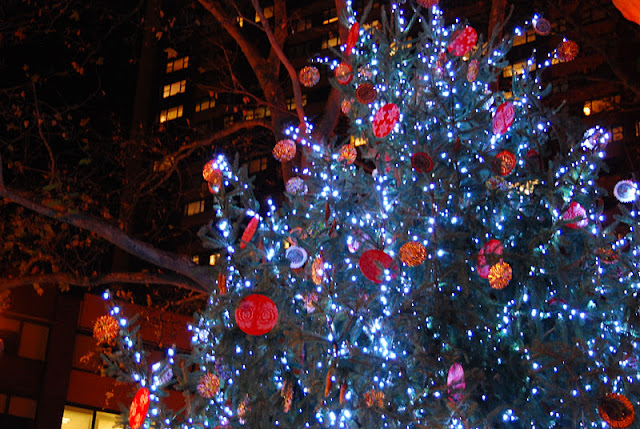 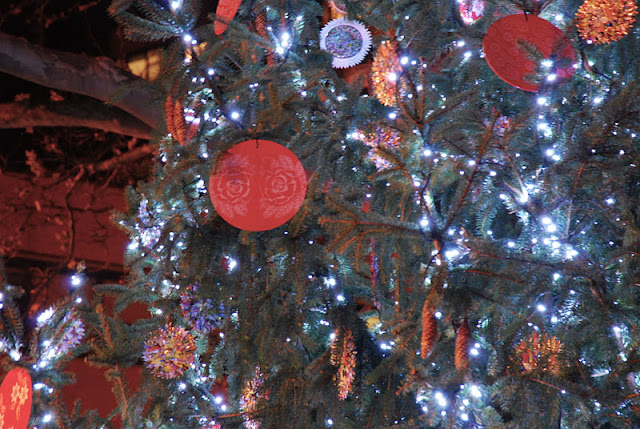 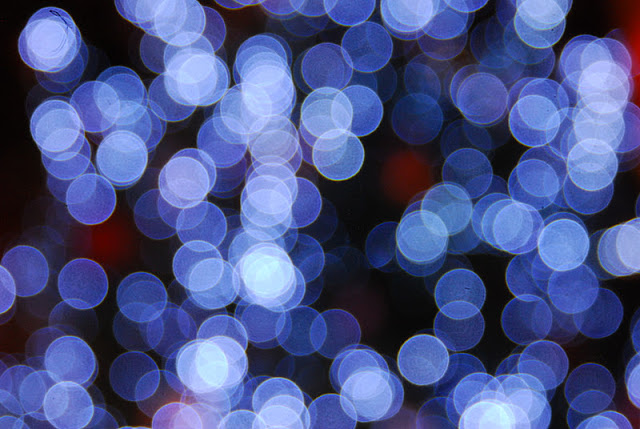 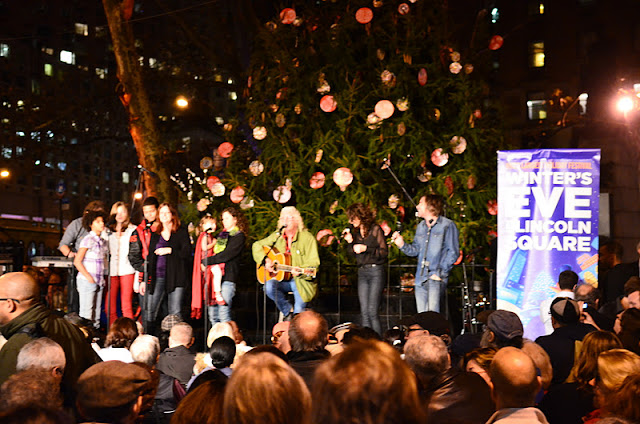 Nothing says "Christmas" like a 60-degree night, and it was too hot to even wear sweaters. The tree came out perfectly, and if you are in New York, you should definitely stop by Lincoln Square to take a look. Use the bright red ornaments as a guide. 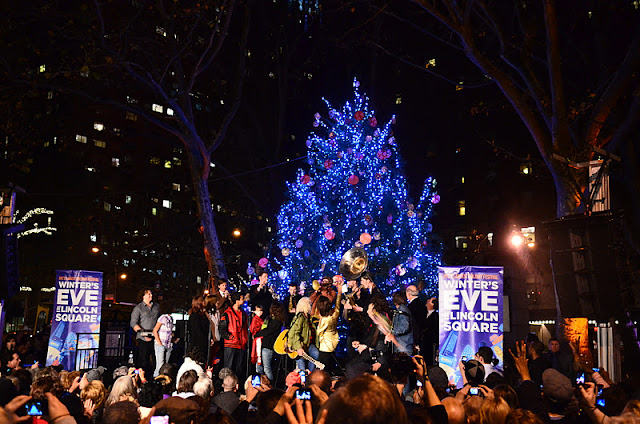 The moment the tree was lit: confetti, a brass band, and cheers from thousands of people: 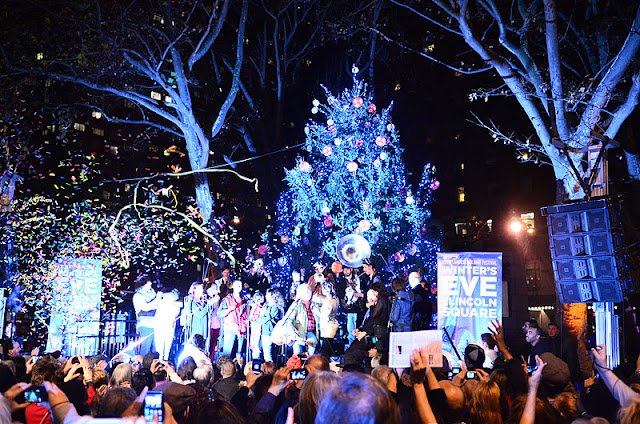 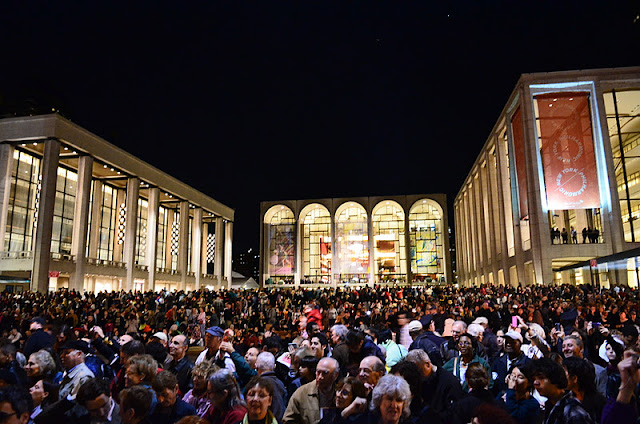 Family in front of the tree! 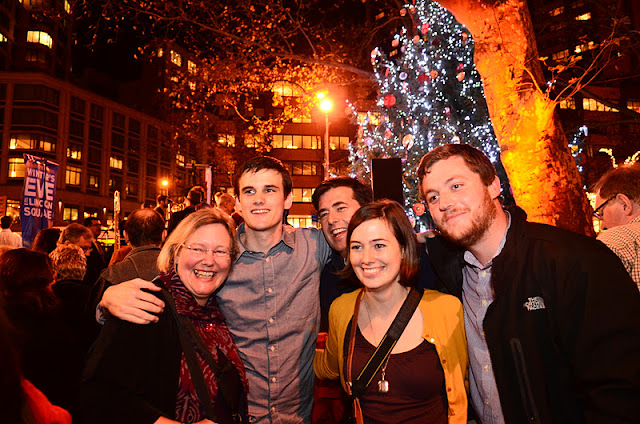 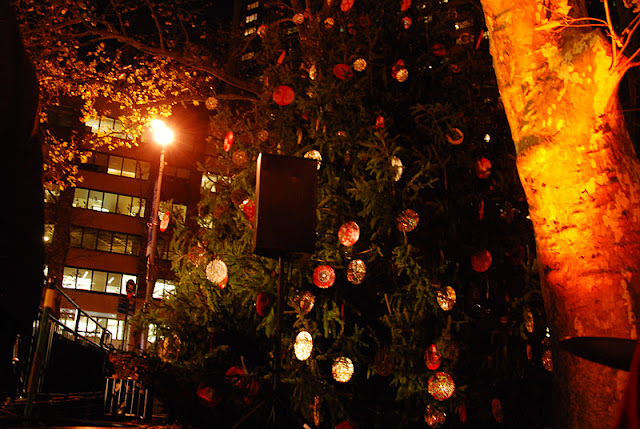 Then we walked over to the American Folk Art museum on 9th Ave, just a few blocks from the big tree, where they are selling the ornaments. There is a beautiful 7-foot white tree in the window, showcasing the ornaments. 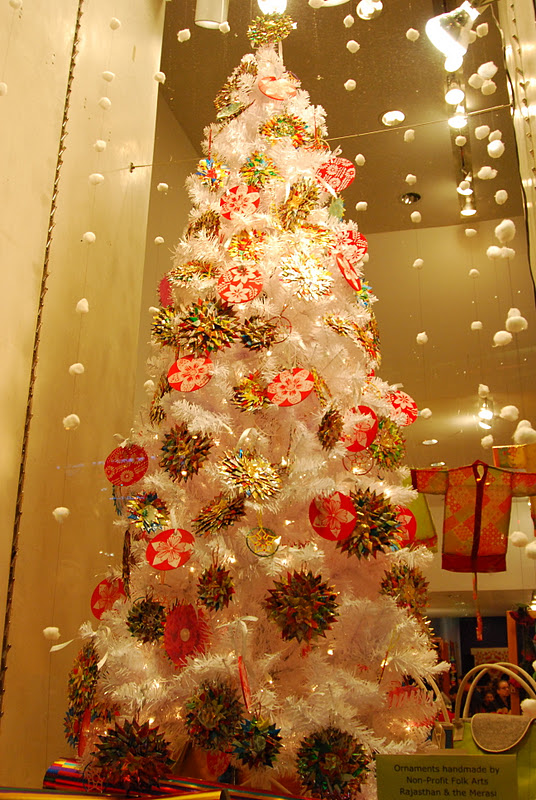 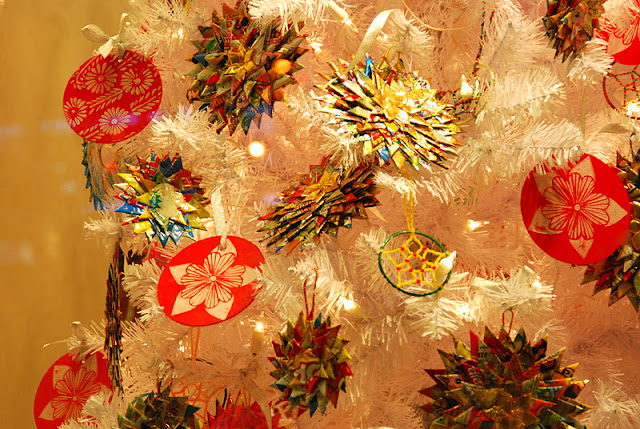 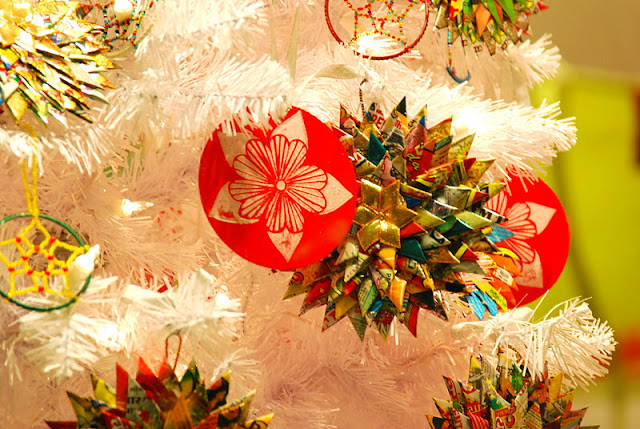 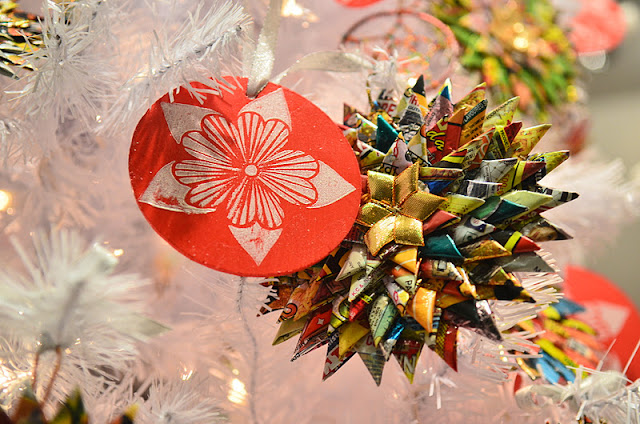 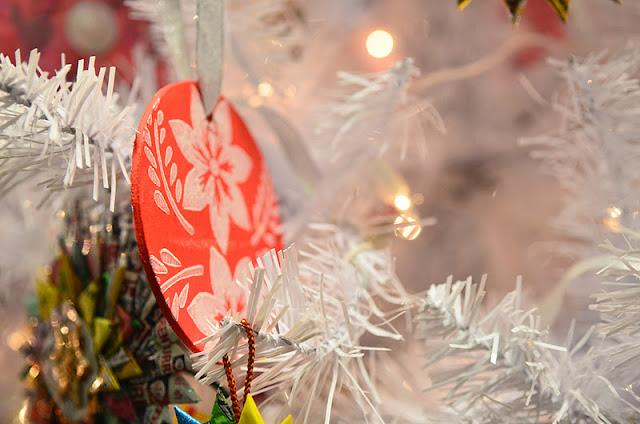 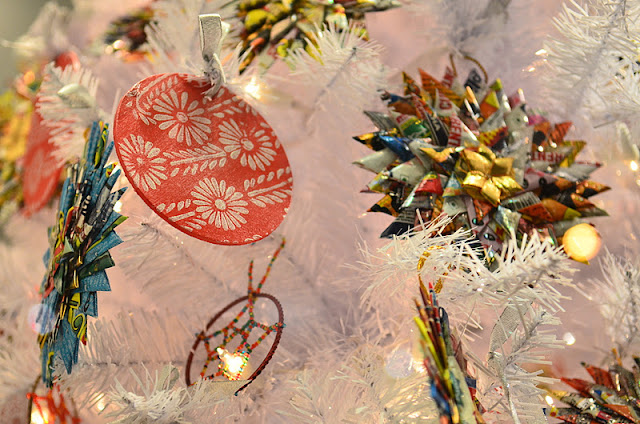 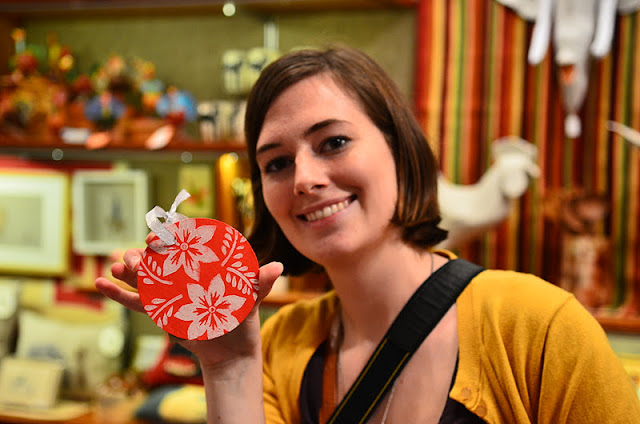 All in all, a huge success! I've already restocked the ornaments once, and you can buy them online right here. Thanks to everyone who came out to the tree lighting, and to everyone involved in this project that made it such a huge success. And of course to my brother Charles, who helped take pictures of the event (half of the photos above were taken by him). If you are in New York, I hope you get a chance to see the tree!
< Previous Post