The Greatest Rickshaw Driver on Earth 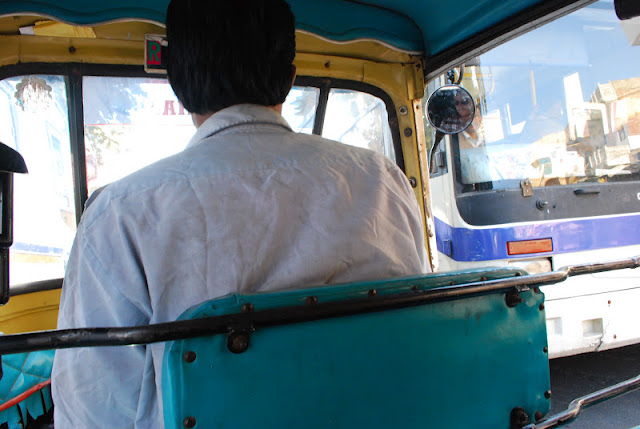 We met Ali on one of our first nights in Jaipur, and quickly became friends. He took us to the best shops, gave us tours of the city, and we shared a delicious South Indian meal together. I am sure that Ali is the best rickshaw driver in all of India because:

1) He invited us to his house to meet his entire family, including his adorable baby son and 9-month-pregnant wife.
2) He went with me on a trip to a paper factory to help with negotiations, and when the driver of the car asked for more than a fair price, he offered to pay the difference because he didn’t want me to lose money. I declined the offer, but remembered it as one of the sweetest gestures I have ever encountered.

3) But the biggest one of all: we had set a time for him to pick us up to go to the train station at 9:00pm. He literally LEFT HIS WIFE WHILE SHE WAS IN LABOR so that he didn’t have to cancel. We tried to tell him not to come, but he wouldn’t hear it. The ride to the station was one of the scariest rides of my life; it was like a movie where the taxi driver is taking the pregnant woman to the hospital, except the pregnant woman was already there. He was driving at least 60 mph through Jaipur traffic while we gripped the sides of the rickshaw.

And, baby Tanya was born just 40 minutes after he dropped us off, so that fast driving was worth it! Tanya, we are so glad your dad was there with you and not stuck with us at the Jaipur train station.
If you are ever in Jaipur and are in need of the best tour guide/driver around, let me know and I will give you his number. I don't think there is a better person in the whole city.
< Previous Post