This weekend we used the sunshine and warm weather as the perfect opportunity to drive out to Virginia and visit the Workhouse Arts Center, an old minimum-security prison that has been converted into art studios. It was recommended by someone I met at an art show, but with no pictures on the website I had no idea what to expect.

The last time I visited a prison was for a Halloween haunted house in Ohio. Being twenty years old at the time, I should have been able to handle it, but I must say it was terrifying. The scariest part wasn't even the people with fake chainsaws and masks jumping out from the smoke-machine fog, but at the very end you walk from the "haunted house" area back to the parking lot through the part of the prison that has been left as it was. Walking through the cells at night, seeing the bars and the places where people had scratched writing into the wall, and the hallways where guards would patrol was so much scarier than an actor covered in fake blood.

So this is what I was expecting when we drove up to the prison. Cells, writing on the walls, and artists working where prisoners had once lived. 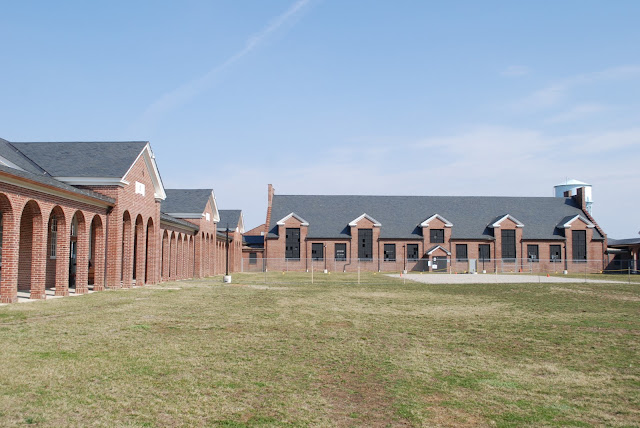 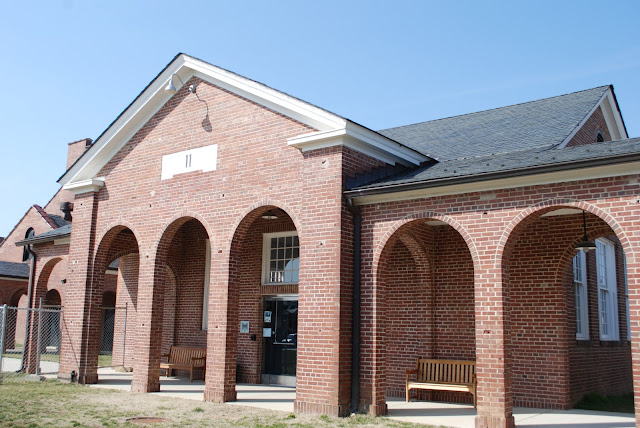 It turned out to be not like that at all; since it was a minimum-security prison, the inmates stayed in dorms, not cells, and the interiors have been completely redone except for some markings on the cement floors that show how the bunks used to be positioned. 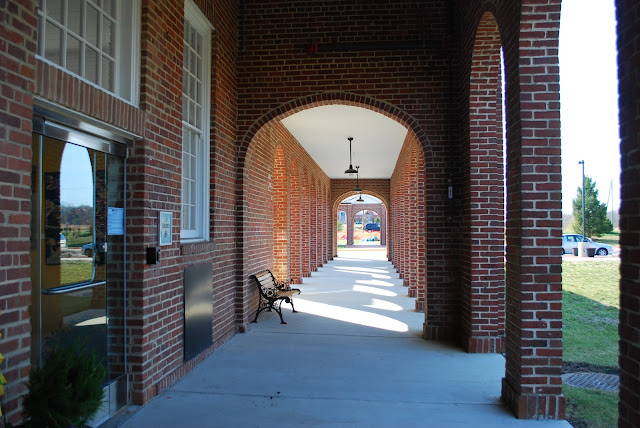 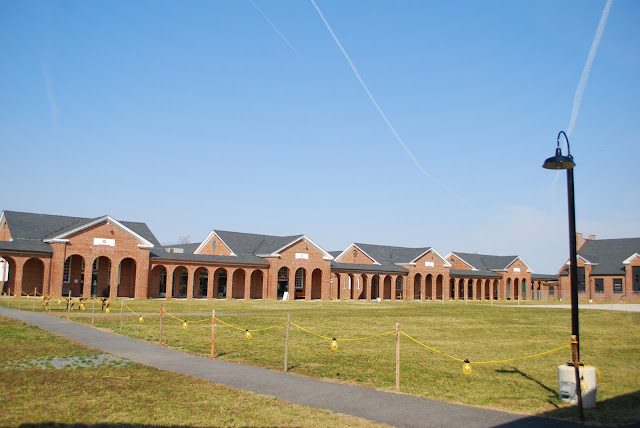 There was a big mix of art on the inside: some I loved and some I didn't love. The studios have only been there for about three years, so it doesn't feel as professional as the Torpedo Factory yet, but I found some interesting pieces. 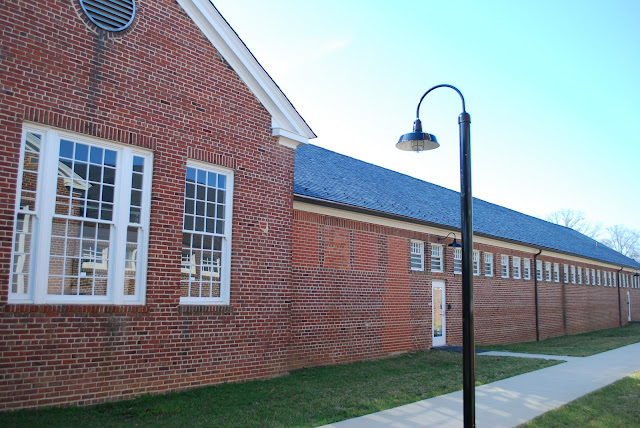 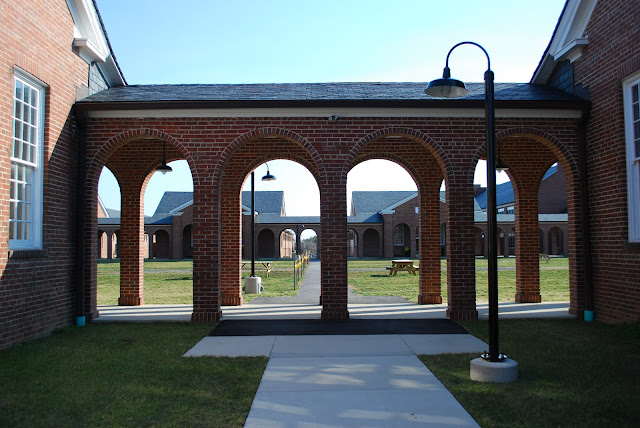 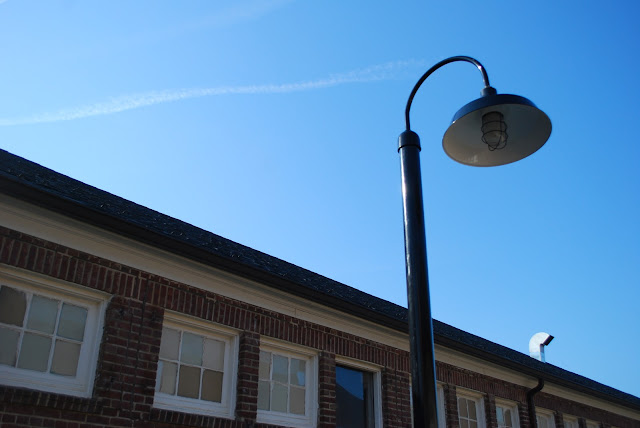 All in all, it was an enjoyable trip out of the city. I don't think it will haunt me as much as my trip to the Mansfield Reformatory (or at all), but it was nice to visit the building and see some of the studios. And of course there was a delicious BBQ meal afterwards.

PS: After perusing the Mansfield Reformatory website I was reminded that The Shawshank Redemption was filmed there. You can also see plenty of scary pictures on the website. Or why not schedule your wedding there through their event services? Nothing says romance like a deserted maximum-security prison.
< Previous Post