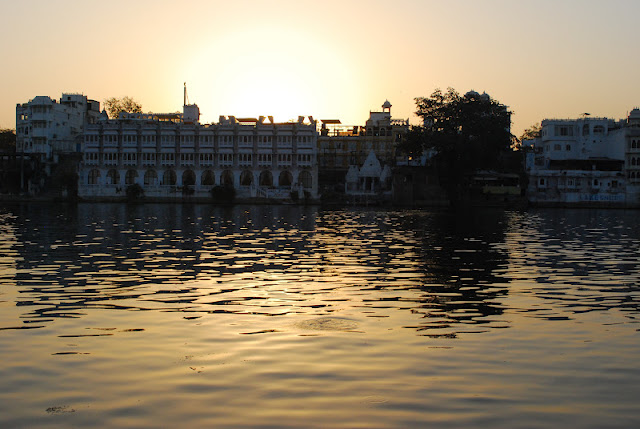 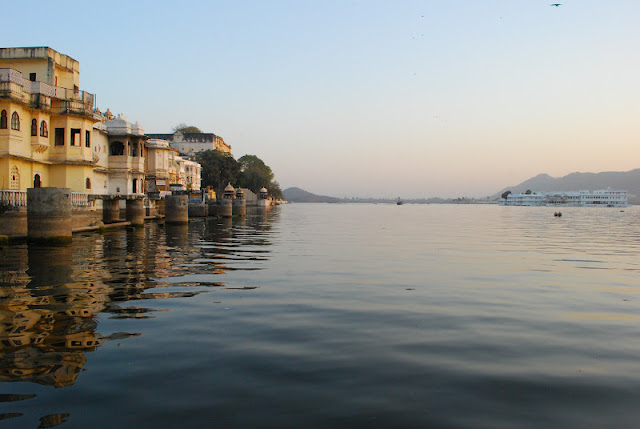 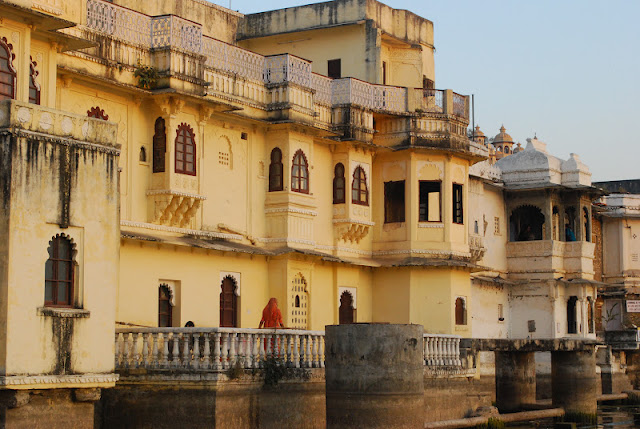 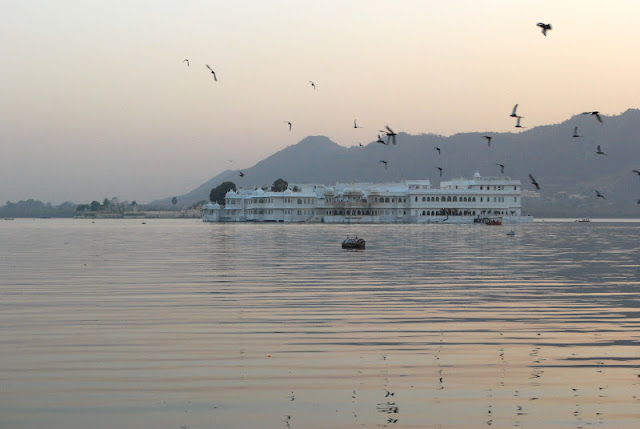 We spent an evening in Udaipur on the ghats, looking out over the lake. In the middle of the lake is the Taj Lake Palace, one of the nicest hotels in the world where the Bombay Sapphire Martini was apparently invented. Having a drink at their bar was on Joe's top list of things to do on this trip, but unforunately only guests are allowed on the island. For one brief minute, we considered blowing the rest of our trip budget on a night at the hotel, but decided it wasn't the most practical idea.

Either way, the lake was one of the most beautiful and romantic places we have been in India so far. We followed it with an amazing traditional dance concert in an old, crumbling building. At one point, one of the women danced with nine giant ceramic pots balanced on her head, that were twice as tall as she was. It was incredible. Another five points for Udaipur. 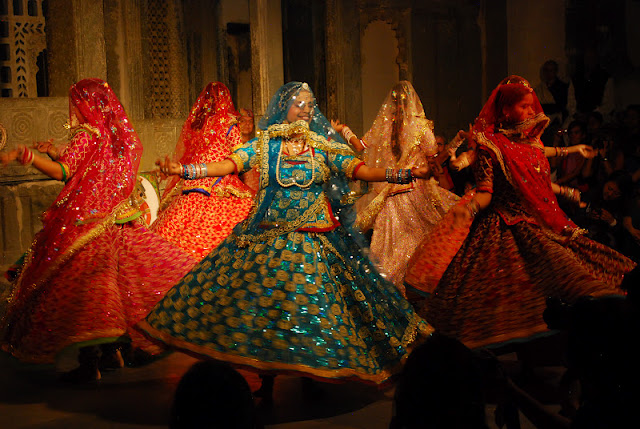