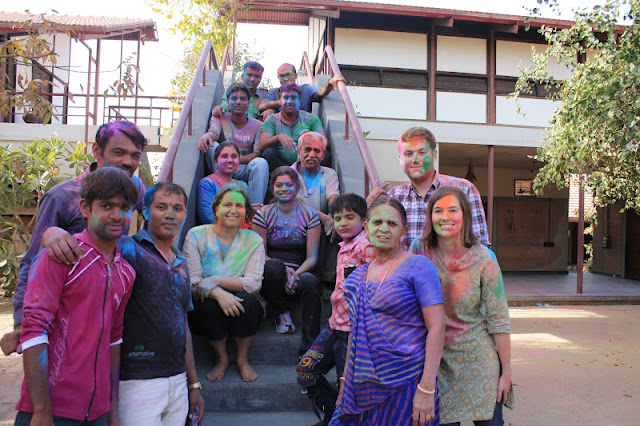 Last week was Holi in India: a festival celebrating the harvest and coming of spring (among other things in different states) where people basically go crazy and throw colored powder, dye and water on each other. We got to celebrate Holi twice: once the day before at a local textile non-profit, and once on the actual day in the city of Bhuj. They were definitely two very different experiences.

At Khamir on the day before Holi, the staff of the non-profit celebrated in the afternoon by running around throwing powder and dunking each other in the water tanks. Throwing the powder is called "playing Holi" and you run around chasing people and trying to smear as much powder as you can on their faces. It started calmly, and ended with the dye technician being picked up by four men and dunked in the water tanks, as water was thrown in every direction. We all got soaked and covered from head to toe in neon powder. 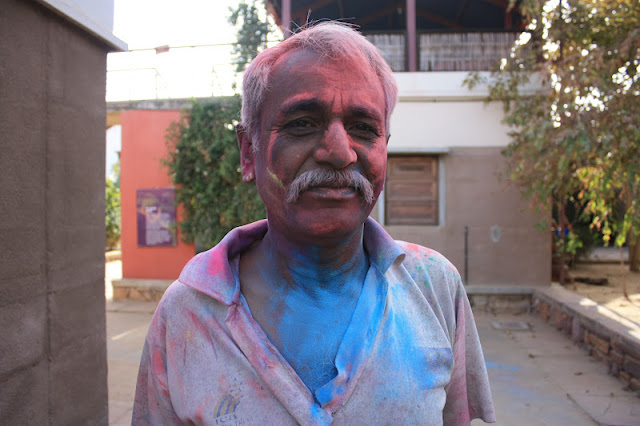 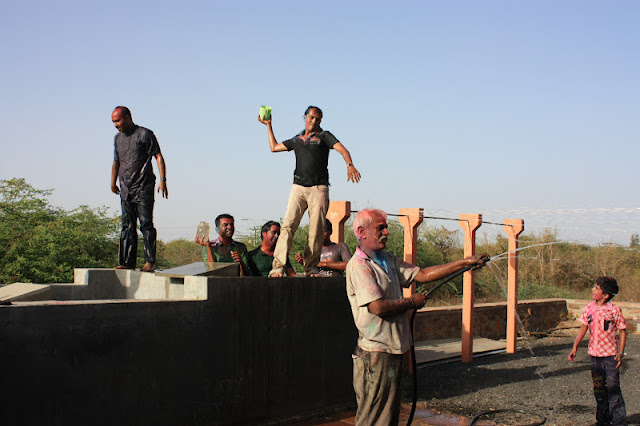 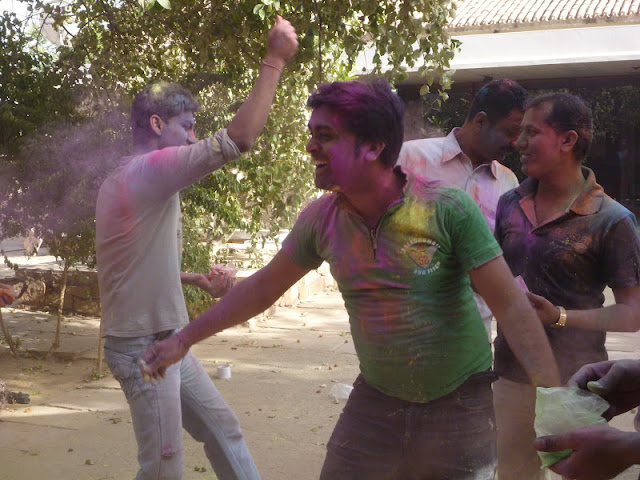 Even the puppies wanted to play Holi: 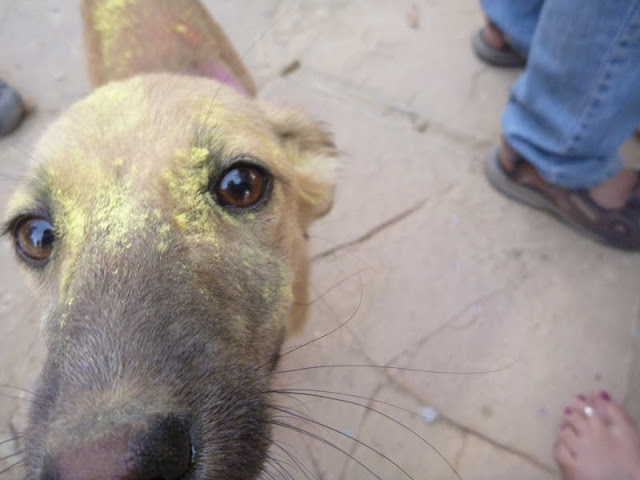 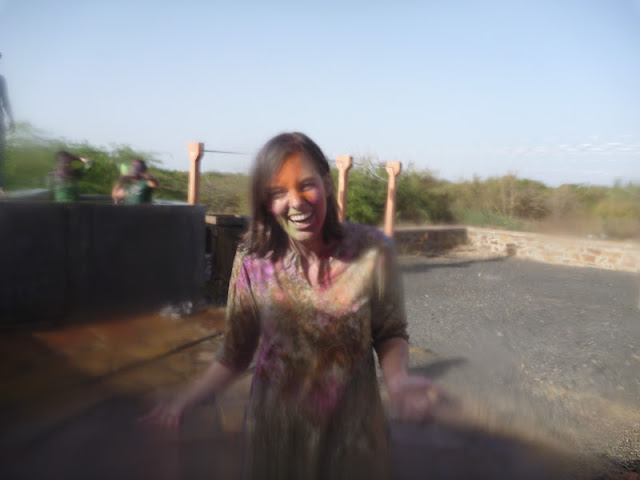 The next day, we went in to town to see what the real Holi was like. I was picturing this, but it actually looked nothing like that. The streets were pretty empty, since a lot of people were either hiding inside to avoid the mess, or showering off the Holi powder caked all over them. We bought a bag of powder, then wandered the streets looking for the party. We never found one, but as groups of boys on motorcycles drove by they would throw powder and we would smear it on each other's faces. One sneaky seven-year-old biked by twice to pelt us with water balloons. All the touching of strangers only led to one creepy feeling-up moment, but the icing on the cake was when a dad drove up in his minivan full of kids and dumped curdled yogurt on our heads.

That signaled the end of Holi for us since the curd smelled so bad in the hot sun, and we wanted to get home and clean the powder out of our ears. But despite the curd dripping off us, Holi was an amazing experience. Bhuj is not touristy at all, so people did double takes at seeing two foreign girls walking around covered in bright powder. We even played with a few people who clearly didn't celebrate Holi: they would walk up to us completely clean and smear powder on our faces, just for a chance to see the strange sight of foreigners celebrating Holi.

Holi was not what I was expecting, but getting to spend the day joking around with strangers and getting covered in hot pink and turquoise powder was still fun, and definitely memorable. 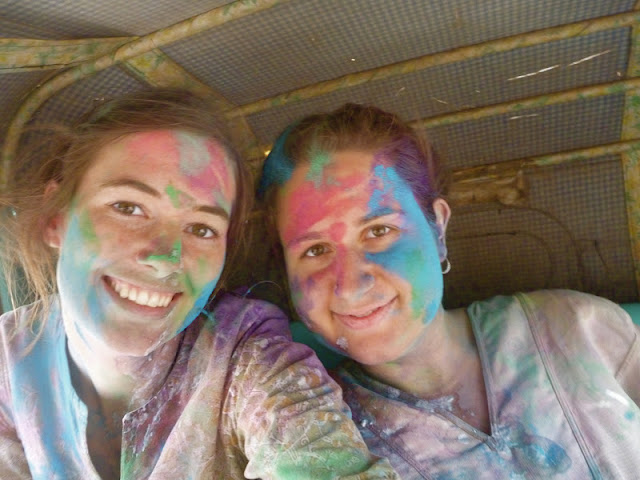