As many of you living in the US may have noticed, we have been going through a heat wave which is sticking around in DC. The temperature has been hovering around the one hundreds for weeks, and I have been avoiding spending extended periods of time outside since then. Unfortunately, the plants don't get to enjoy the air conditioning, so they have gone from looking like this to this: 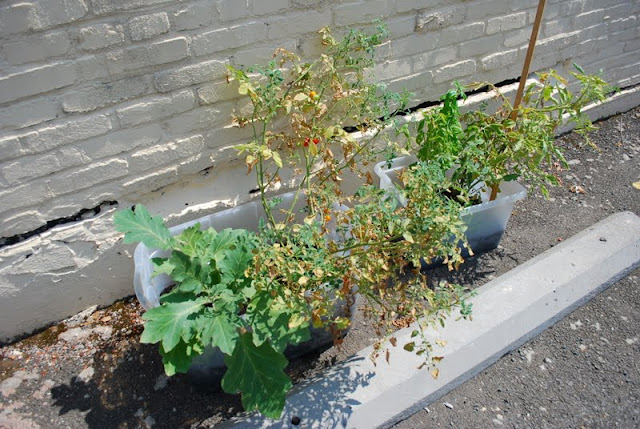 We've been giving them plenty of water, but it is just so hot that the leaves are withering. Even though the plants appear to be dead from afar, they are actually growing lots of delicious cherry tomatoes. 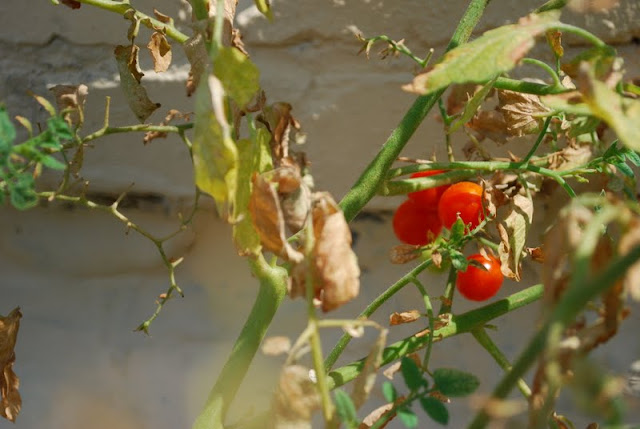 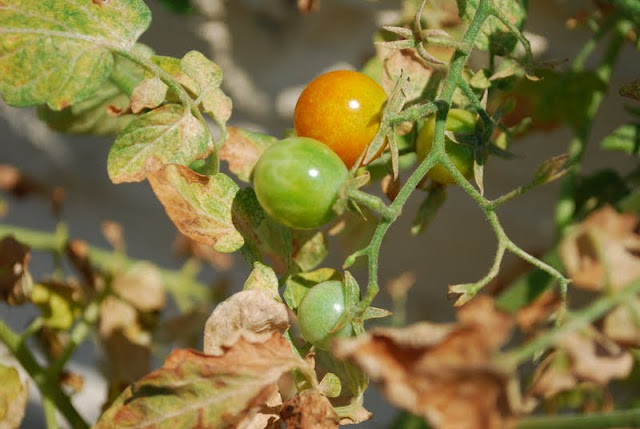 The basil and mint have been holding up well, and don't seem to mind the heat as much as us constantly picking the leaves to use. 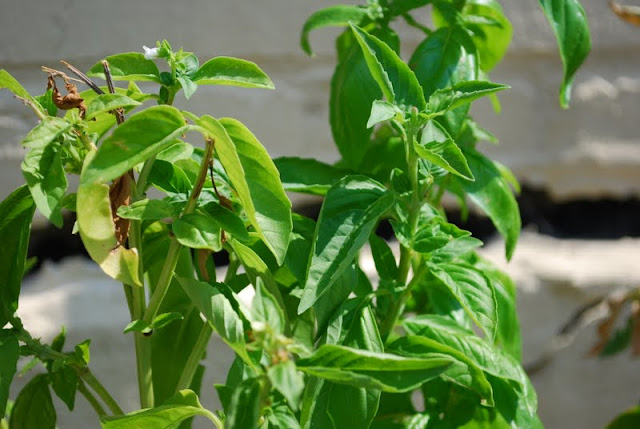 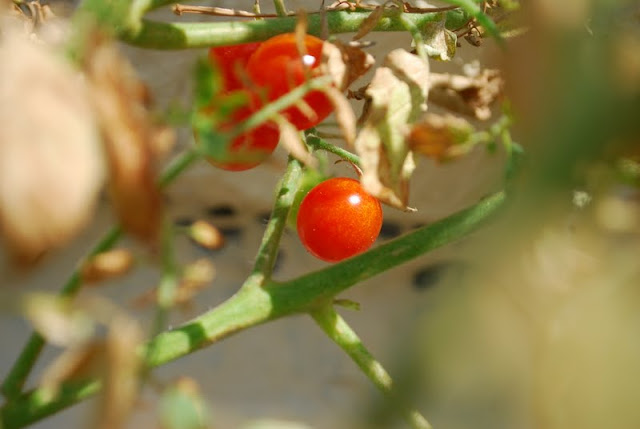 The eggplant is still totally green, and doesn't seem to care about the baking soil it is sitting in. There haven't been any eggplants yet, but it is flowering. 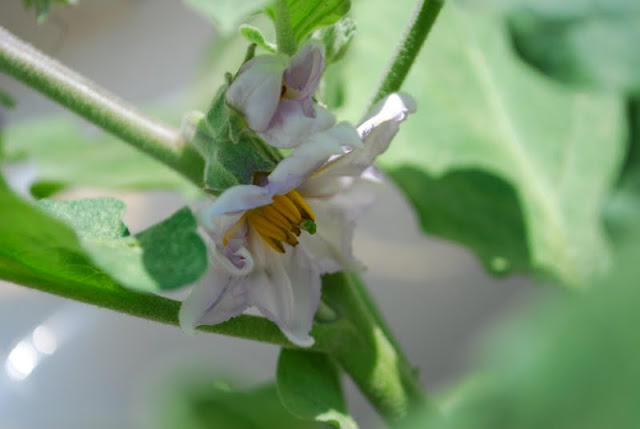 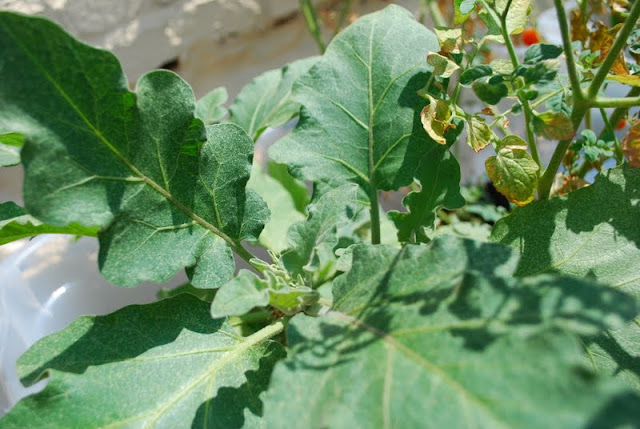 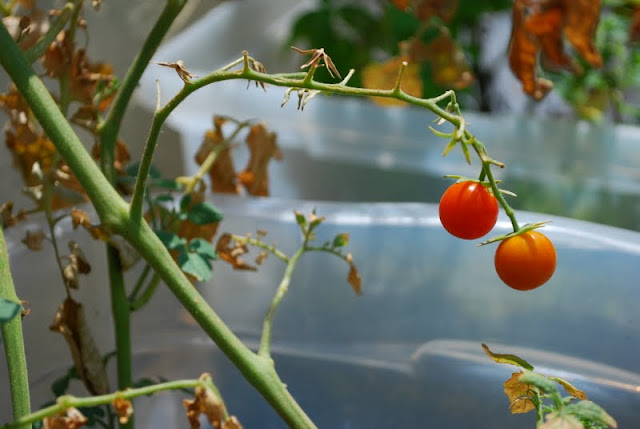 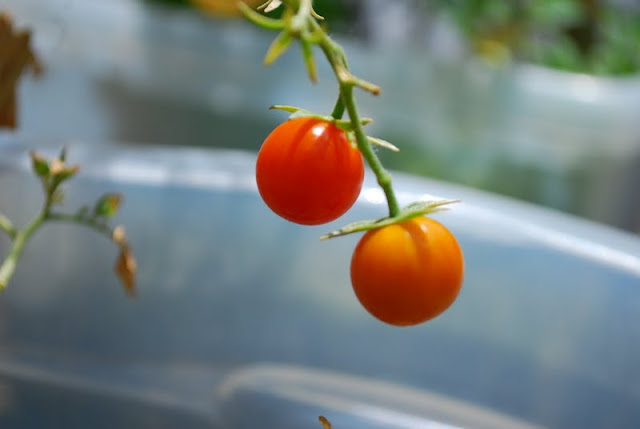 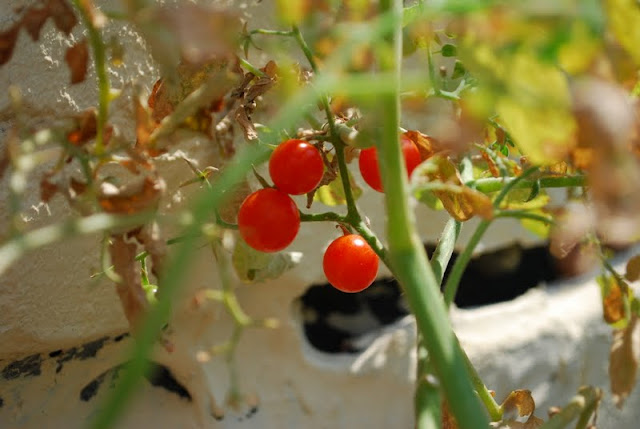 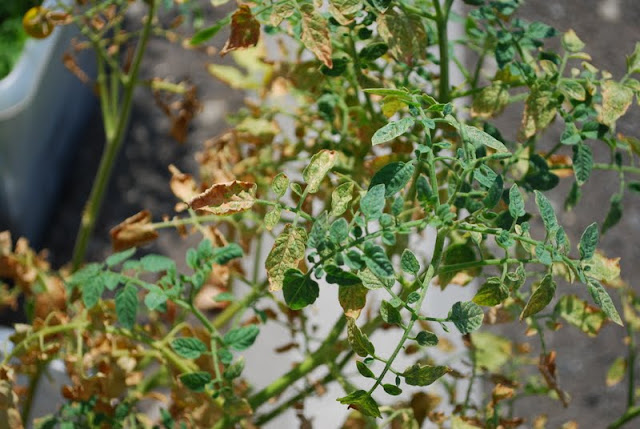 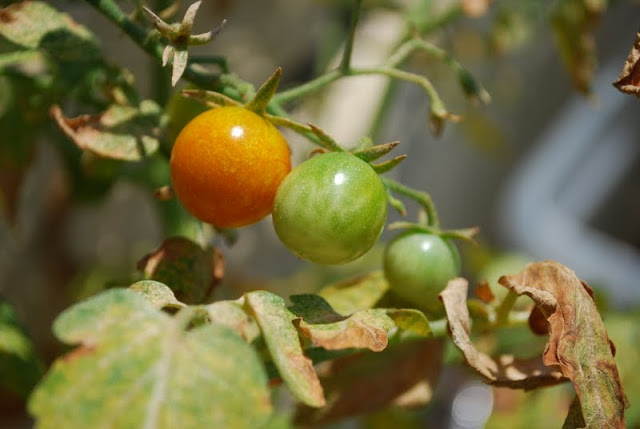 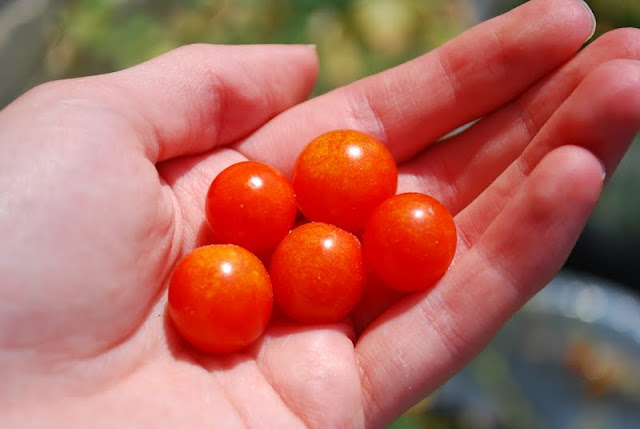 There are also little green leaves starting to grow again, replacing the almost-fully brown stems that are there now, so it's recovering! 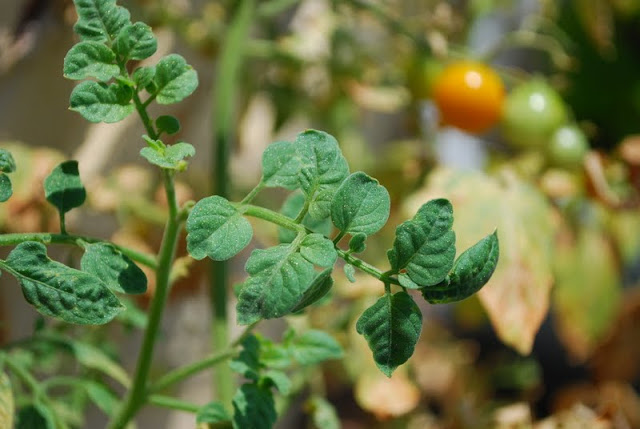 We considered bringing the plants inside for a few days to cool down, but since they are actually growing tomatoes it seemed better to leave them. The big tomato plant still hasn't produced a single flower or tomato, so I think we are going to call that one a failure and focus on the delicious cherry tomatoes.
< Previous Post