Chai over the Taj 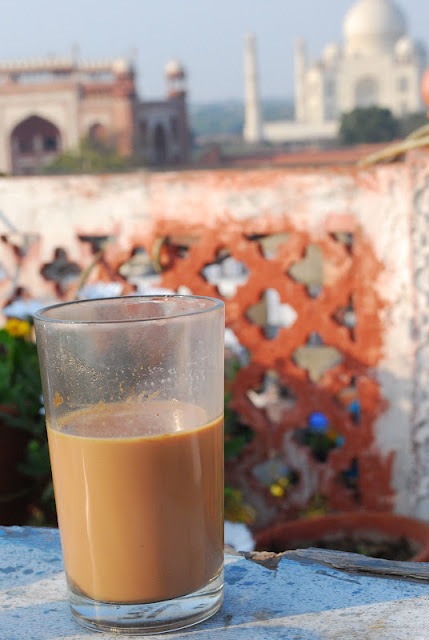 We arrived in Agra at dawn after a disastrous overnight train ride from Varanasi: apparently when trains are full in India, you are issued a RAC ticket, which means you have to share a seat with another passenger. Since Joe and I booked our tickets just a few days in advance, we ended up with RAC seats, and found out the day of that we would be sharing a sleeper berth for a 13 hour ride. These are not sleeper berths designed for two people of large stature (as we both are), they are designed for a single small person. We spent 13 hours sharing a one foot by five foot metal bed, in what was easily one of the most uncomfortable sleeps of my life. Adding to the discomfort was the crowd of Indian travelers who thought that two large white people (of mixed genders) sharing a single sleeper bed was one of the funniest things they had ever seen, and spent the night taking flash photos of us in a variety of uncomfortable positions. This will no doubt be one of my favorite memories of India, despite being one of the most uncomfortable to live through.

So when we got to our hotel in Agra and the room wasn't ready, we went straight to the Taj Mahal. The Taj is one of the most beautiful places on earth, and despite having seen it 10,000 times in photos and once in real life, it was still breathtaking. We only spent an hour at the actual building, due to the poor night's sleep, travel weariness and pre-breakfast hours. But to make up for it, we spent most of the rest of our time in Agra sitting on a rooftop cafe, drinking chai and looking at the Taj. Definitely better than sitting like a zoo animal on a 13 hour train ride. 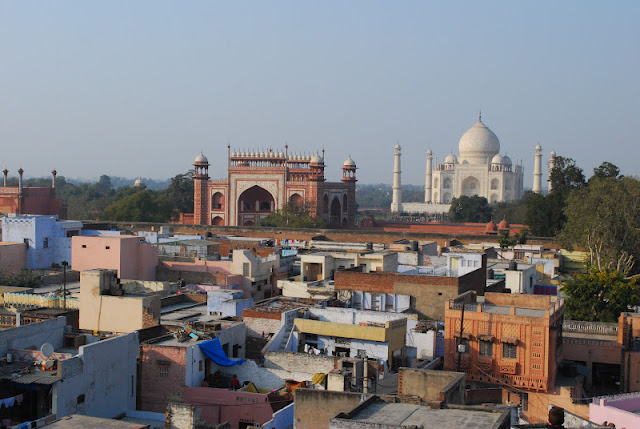 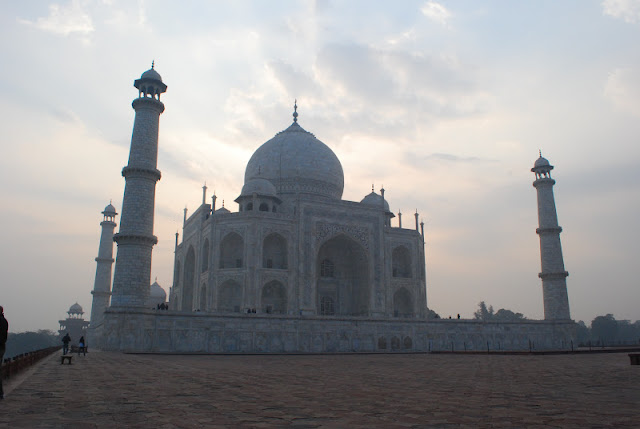