Under normal circumstances, a torrential downpour and forecasts of thunderstorms would have craft vendors running for their U-Hauls and fleeing the scene. Not so at Renegade, where Day 1 began with a drizzle and only got worse from there. It's lucky I started packaging all my cards in plastic a few months ago, or I would have lost a whole lot of inventory.

When we arrived in New York on Friday night, we were surprised at how clear the sky was, since it was the first time in a year we have been to New York and it wasn't raining. It rained at the Bust Craftacular last year, it rained when we went to visit friends, and it rained the entire way through the Stationery Show. But no, the clear skies didn't last long, and we woke up Saturday morning to an almost 40-degree drop in temperatures and cloudy skies. 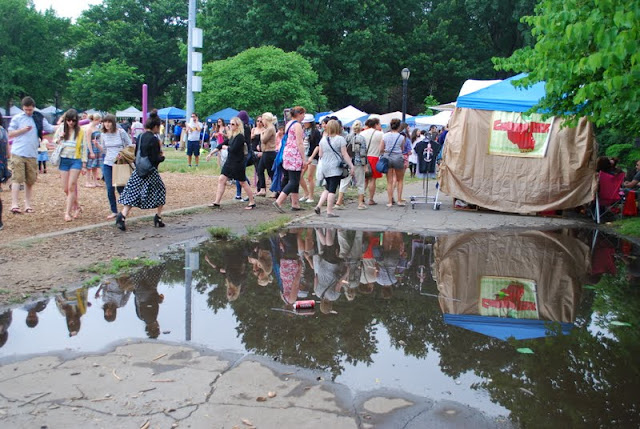 Because of the rain the night before, my booth was located right next to an enormous puddle, which was deep enough to be classified as a pond. The rain kept going all day, misting at some points, and then bucketing down at others. It didn't deter the shoppers though, and McCarren park was packed all weekend with some very soggy-looking New Yorkers. 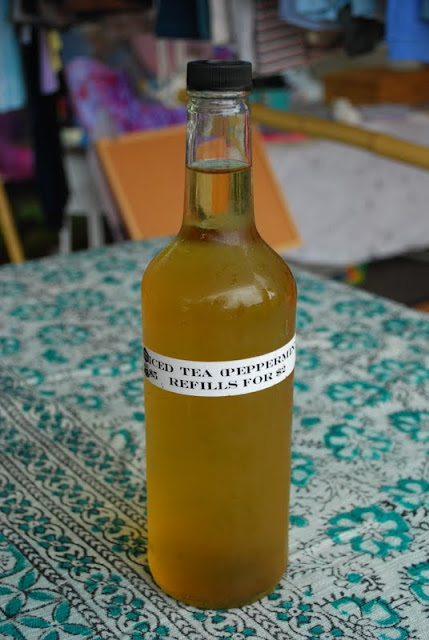 We got to sample the hippest iced tea I have ever had, home made and individually bottled. I kept giggling every time I drank it. 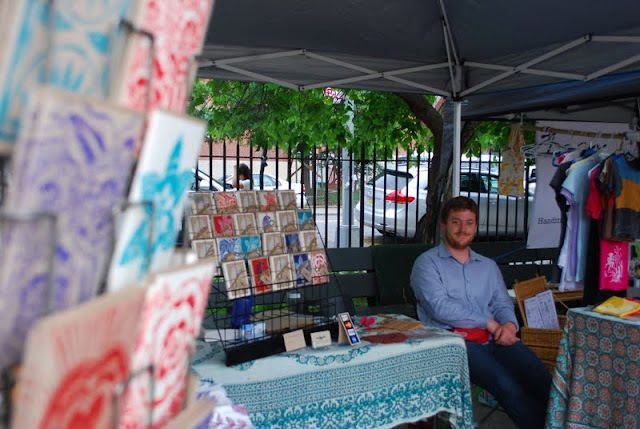 Joe held down the fort while I took bathroom breaks (or meandered on my way to the bathroom to talk to other vendors, sorry!) He did an amazing job; thanks Joe, I couldn't have done it without you! 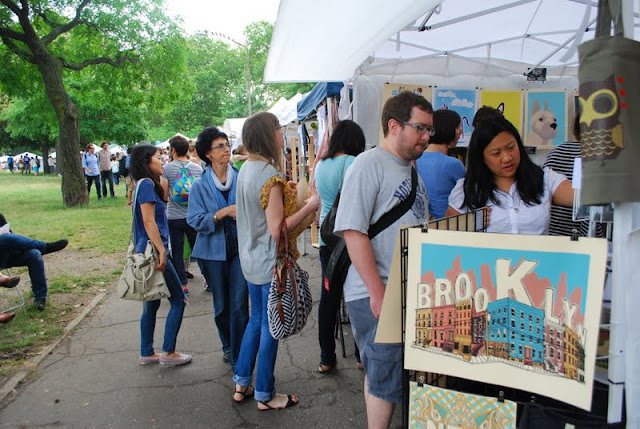 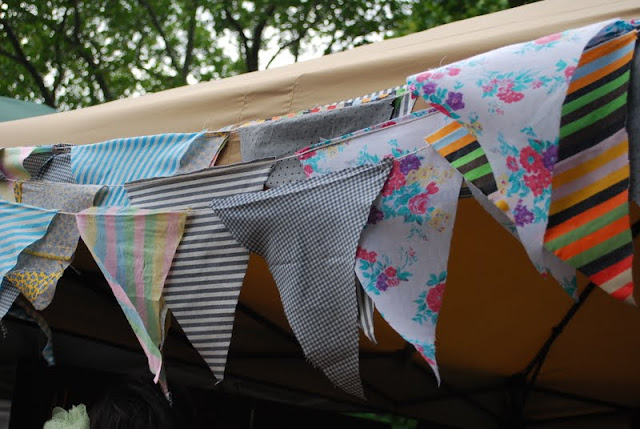 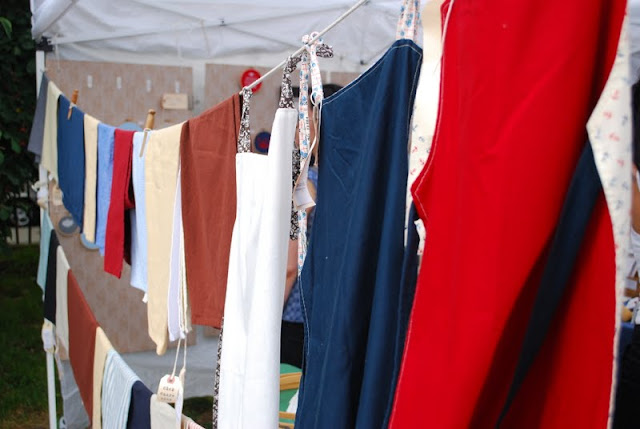 The booth was packed all weekend (at least the rain drives people in for shelter) and it was great to meet so many people who had come from all over for the show. 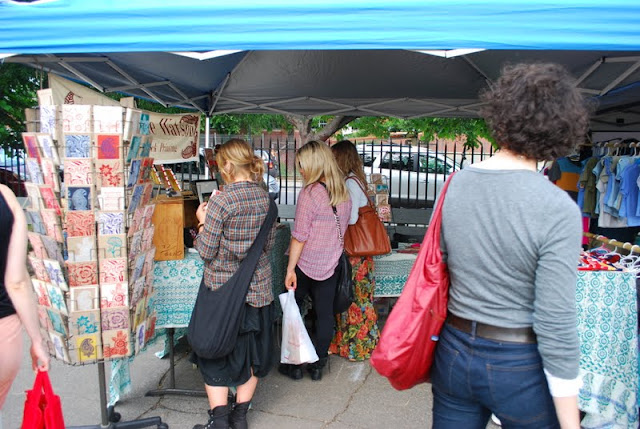 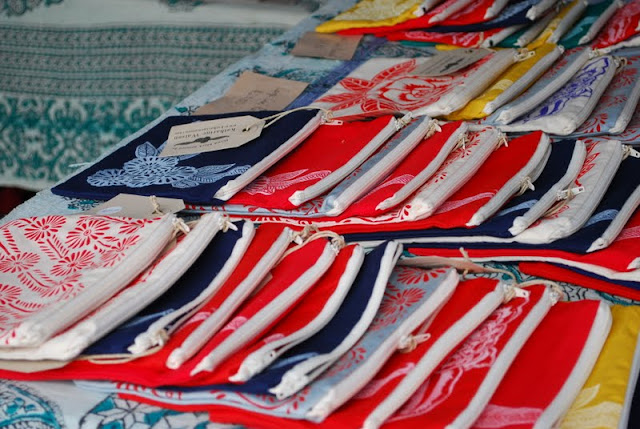 There were plenty of other printmakers at Renegade, and one of my favorites was Ohio-based JustAJar, who combine woodcuts with letterpress to make beautiful prints and posters. 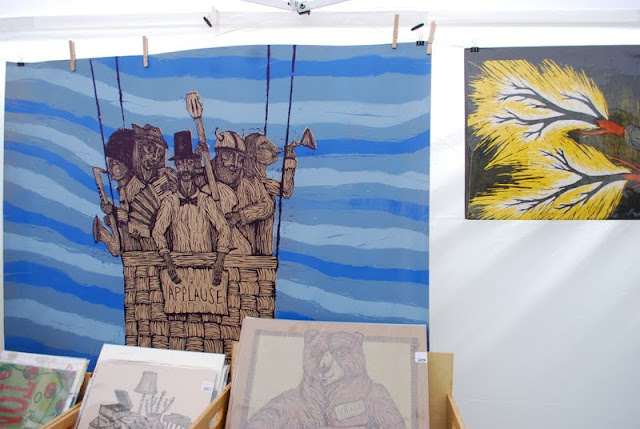 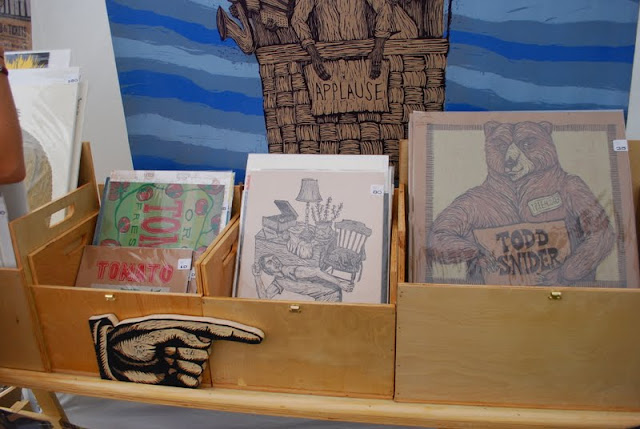 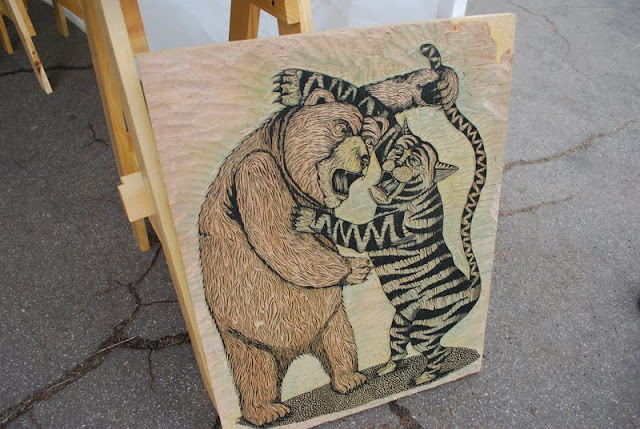 One vendor was actually letterpressing business cards in their booth, so people could watch as they had custom pieces made. 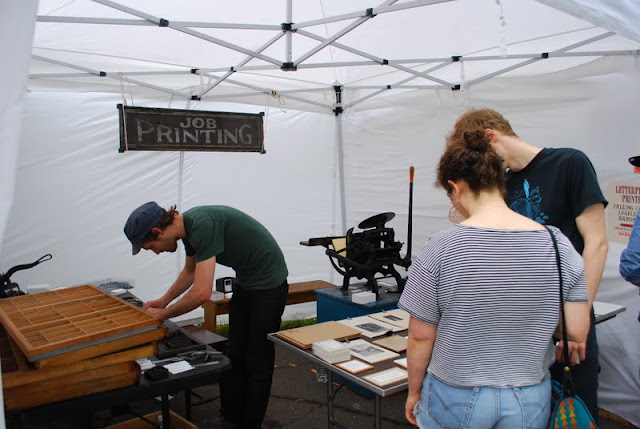 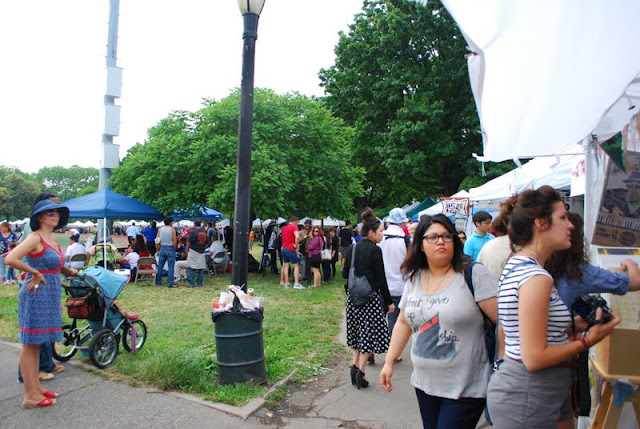 On day two, the forecast predicted storms all day, but it turned out to be mostly sunny. We kept running out to get "one last thing before it rains" and even rushed to pack up the car at the end of the day before the rain started. But, as of 8:30 pm when we hit the road, not a drop had fallen all day.

Overall it was a great show, and a huge thanks to everyone who stopped by the booth! It was great to meet you all, and we'll see you again next year!
< Previous Post